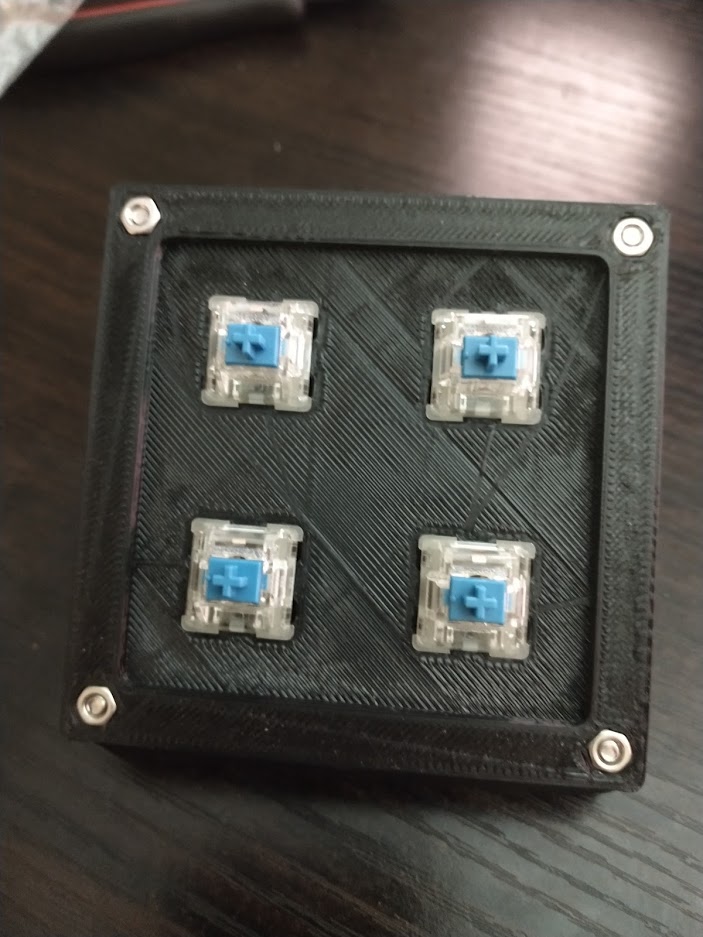 I spend a large proportion of my day at a keyboard, both as a computer nerd (writing code, designing hardware, etc) and as an intern in internal medicine. I’ve come to appreciate a good keyboard when I use one, and I have definitely gotten some keyboard envy when I spy some of the fancier models bounding around the internet.

It seems like a sort of maker rite-of-passage to design and build your own keyboard, so inspired by some of the other builds I’ve seen on places like Hackaday and Thingiverse, I decided it was finally time to tackle my own.

Behold, my first attempt! Using OpenSCAD, I wrote the code to create a customizable hot-key keyboard (ie: not meant to cover the entire alphabet, more for quickly running a commonly used command or macro), which uses the common Cherry-MX switches and all of their click-y goodness. You can enter any arbitrary number of keys per row/column and it’ll spit out an STL to be used on your fav 3d printer. Wiring is easy, and using a Raspberry Pico as the brains makes it simple to start writing the script required to execute your hotkey commands/macros (more on that in another post). Now all I have to do is finish writing the script, and design some nice key-caps to match each key’s function. That and more coming up soon… to be continued!